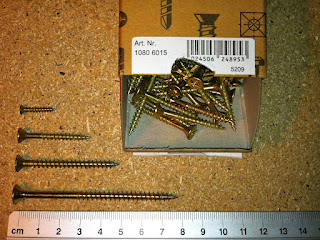 After way too much disrupted prints because of filament jams, I decided to upgrade my Makerbot with a state of the art filament spindle.

I liked the the horizontal design of the “official” Makerbot filament spindle, so I decided to build my own filament spindle box based on (or rather inspired by) this open source design.

Since I don’t have access to a laser cutter, I re-designed the enclosure box for the filament spindle to be build from rectangular parts. It’s cheap and easy to buy custom pre-cut wood in almost any larger hardware store. I got the pre-cut wooden parts for less than 15€: 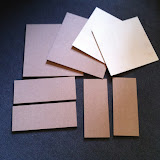 I printed all smaller and more complex parts in ABS on the Makerbot. The STL files for these parts are published on Thingiverse: http://www.thingiverse.com/thing:3640

The only non-printable parts (too big) in a non-rectangular shape are the two disks, holding the filament in place. I used my Dremel with its circle cut tool to cut the two square plywood sheets into (more or less) round shape. It was the first time I used the circle cutter and I learned a lot about how to not use it :) However, the disks are hidden inside the box anyway… 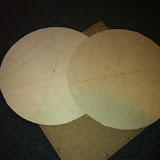 Building the box is straight forward: Pre-drill and countersink the holes for the chipboard screws (the hole for the axle in the center is a stepped bore 8/13mm. More on this later)… 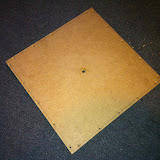 … and assemble the box, using some glue and a bunch of chipboard screws: 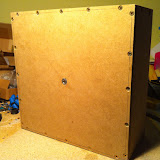 (Well, I guess 3 screws per edge would have been more than enough…)

The axle inside the box is stationary. The lower M8 nut is counter-sunk on the “outside” of the box (that’s why the center hole is a stepped bore). Inside the box, the axle holds a sandwic containing a M8 washer, a 608 ball bearing, another washer and finally a second nut: The axle is cut to length, so the upper end should end “inside” the top cover (approx. 5mm): 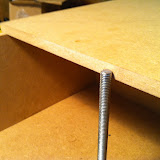 The top cover plate also gets a center bore (8mm diam.), but only half way thru. 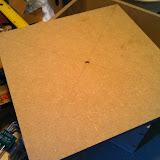 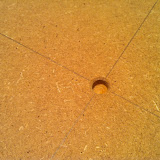 To attach the bottom plywood disk to the 608 bearing, I printed an ABS bearing holder part: 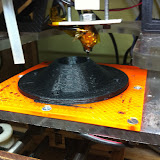 This part is bolt to the plywood disk with four M4 bolts. 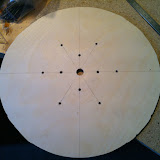 The 608 ball bearing should fit snugly: 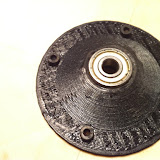 … back to the headline

Initially I planned to use the chipboard screws only for building the wooden box. But when designing the printable parts, I ran into an old problem: how to connect the printed parts with the non-printed parts? In case of the lower bearing holder it’s no problem to use bolts and nuts to attach it to the plywood disk. But in case of the inner distance parts it’s not that easy. Using the T-slot technique (normally used with laser cut assemblies) isn’t that easy with printed ABS parts. The T-slots likely aren’t printed with enough detail and ABS is probably too soft to hold the pressure from the tiny M3 or M4 nuts.

Finally it struck me: Why not simply use chipboard screws and screw them directly into the ABS? After all, when disassembling industrial plastic objects, you almost never find bolts and nuts but self-tapping screws. So why not use the same technique with printed objects? The design gets even simpler: just print the parts with “pre-drilled” bores for the screws and you’re ready to go. No captive nuts. No fiddling around.

Granted, some nice, black socket cap bolts with self-locking nylock nuts look usually much more elegant. Also parts you want to disassemble frequently are much better off with some kind of nut & bolt connection.

But all other connections are great candidates for “direct screwing” with chipboard screws. Chipboard screws are available in all kind of sizes and they are cheap!

That said, I designed the inner distance parts with a “pre-drilled”  bore for a 35mm chipboard screw, holding it on the plywood disk: 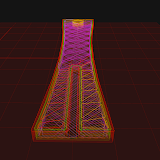 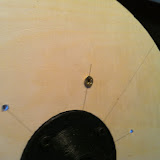 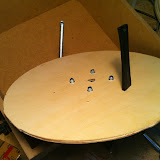 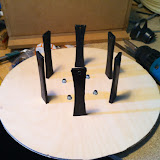 To hold the upper end of the inner distance parts in place, I designed a second ball bearing holder: 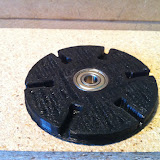 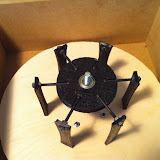 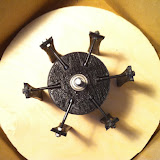 There’s no need for glueing the bolts into the bearing holder. They should snap into the slots and fit tightly. The M4-bolt-spokes are attached to the inner distance parts with two M4 nuts each. That way the whole assembly is easily adjustable.

The nice thing with this construction is, that the spindle doesn’t need to be (partly) disassembled in order to load a new roll of filament. Just remove top plywood disk (which I currently just loosely put on top of the spool. But I plan to print some kind of “snap-in” mechanism in the near future).

Last but not least, I glued four dowels in pre-drilled holes in the top cover plate. These pins hold the top cover in place when put on top of the box (the M8 axle in the center is hold inside the center hole on the inner side of the top cover). 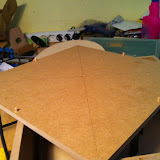 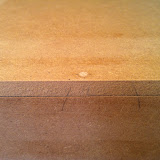 Since I put the Makerbot on top of the closed filament spindle box, there’s no need for any additional closing mechanism.

As mentioned above, I still need to design and print some kind of snap-in mechanism for the upper plywood disk.

A much bigger problem is, that I still don’t have any tubing to guide the filament from the box’s outlet (a hole on the right side of the box) to the extruder. It’s harder than I thought to get hands on a small amounts of plastic tubing (at least around here in my hometown). In order to minimize friction, I guess the best material would be PTFE. So far I found PTFE tubing only in online stores in large quantities of 25 or 50m (which is quite expensive, especially since I need only 1 or 2m).

If someone knows a good, cheap source for PTFE tubing in small quantities (preferably in Germany), please let me know. 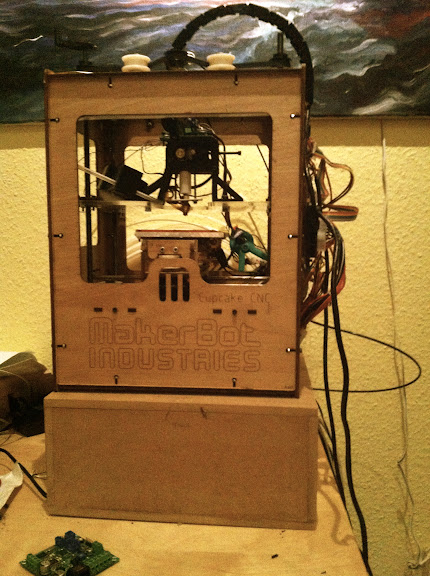 After way too much disrupted prints because of filament jams, I decided to upgrade my Makerbot with a state of the art filament spindle. I liked the the horizontal design...